Being a pastor’s wife is such an adventure. I figured it might be, but it’s different than what I expected. And in some ways, the same.

I’ve always wanted to be a pastor’s wife, especially after my husband surrendered to preach 12 years ago. We didn’t know then what God had in store, but I can see how He has been preparing and growing us over those years while we were waiting.

We love this little town God put us in. It’s tiny, with not much here. Our house is on a major highway, right in town….something I never wanted. But because it’s a small town and we’re so remote, it’s still nice and quiet like we like.

Our congregation is small. We knew it would be just starting out, since the church hasn’t had a pastor living in town in three years. We’ve had a lot of visitors. Some by word of mouth, some found the church Facebook page, and some came from the tracts we passed out in town this fall. It’s been encoouraging.

We had our first Christmas program last week. The kids worked SO hard to prepare, and I’m so proud of them. I wrote the program, keeping it simple because of the number of kids involved. They did so well. 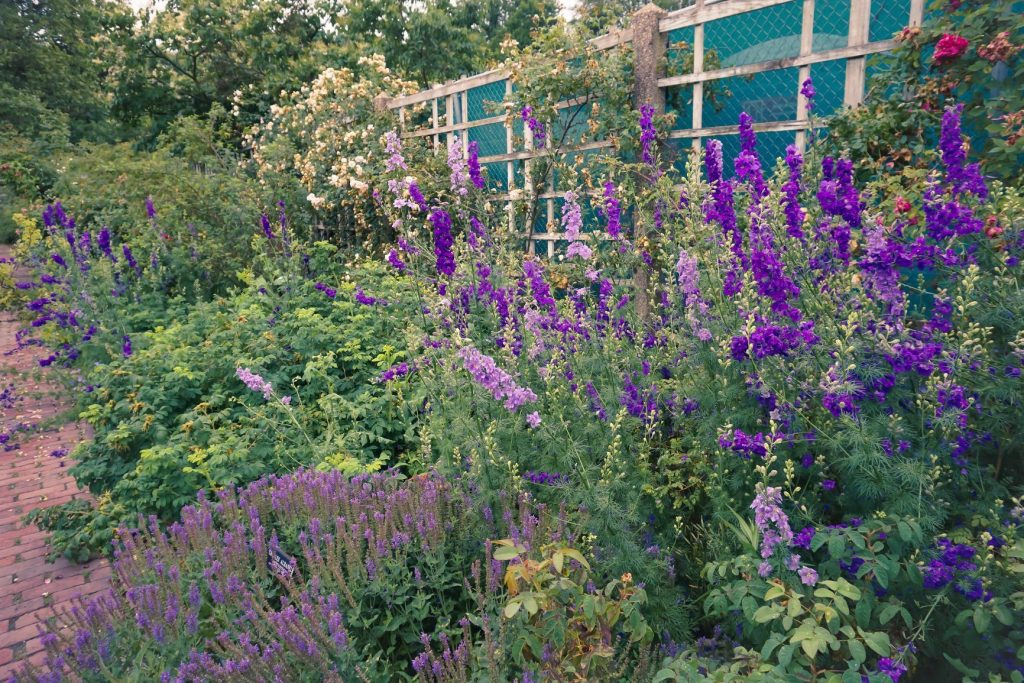 God is so good. All the time.

I should probably start with a quick “we made it” post. It’s been almost a month now and I haven’t had the time to.

Our drive up was eventful, to say the least. Stephen’s dad went with us to drive the moving truck.

About three hours into our drive, there was an accident involving the moving truck. Dad and my two big boys were fine. The other car involved flipped across traffic into the median. The driver seemed to be ok, with only a few cuts on his arm and forehead. They took him to the hospital to check him out. What greatly burdens me is it’s been a month now, and we haven’t heard anything about how he’s doing. I pray he’s fine, and that he hasn’t had to fight insurance to get medical care he needed and the replacement car.

We got on the road in a much more somber mood, and made pretty much decent time after that, other than needing to stop a lot for the kids and dogs.

I finally called to book a hotel once we got into Pennsylvania. We took the only one in our price range that had open rooms for all of us. Oh. My. Word. It was so scary. The building was incredibly run down. I’ll just say that I was grateful to have the dogs in the rooms with us, because I wasn’t sure we’d still have our truck and trailer intact when we got up in the morning.

Come morning, we got back on the road and stopped for gas. We opened the trailer to get something out of the cooler, because we had put all the coolers and snacks in there. The door broke. Open. We had to call roadside assistance, which helped close the door, but didn’t fix it. We drove to find a Uhaul place to exchange the trailer, but the place we found couldn’t help us either. So we continued up the road, with the trailer broken shut now, and no access to our food.

We were thrilled to see the Hudson River and all the states we’d never seen before. Maine was especially thrilling for all of us. It is so incredibly breathtaking.

Once we got to the town where we’re staying, GPS said we had arrived, but we couldn’t find the house. It was 1am, and we were driving up and down the road in the dark trying to read house numbers to find it. We did, after an hour. Come to find out, we have zero cell reception in the area, so the closest GPS estimate had us six houses down.

The house we stayed at is called the Haven of Rest, and it truly was. It was a breath of fresh air to be able to relax in such a beautiful and quiet location. We still had a lot of running to do, but it was restful.

We got new phone numbers right away, since there’s so little reception in the county. After we closed on our new house and moved in, we discovered our house is a dead zone and even with a new carrier, our phones don’t get reception. So we got a land line phone right away too.

It has been a big adjustment getting used to driving an hour to church. After living in the Bible Belt for 18 years, it’s strange to have to go that far to find a Gospel preaching church.

What amazes me is the house we bought is directly across the street from our new church. What an incredible blessing.

We are working with another church an hour north of us. Their pastor has been driving down to ours to preach Sunday afternoons, between his own services. We are continuing that schedule for a few more weeks, while we canvas the town to let them know our church has a pastor now. We will have a big installation service October 5, and then we will go to traditional service times at that point.

It has been incredibly humbling to hear of all the people who have prayed for a pastor for our church over the past two years, but more humbling to realized God chose us to answer that need. It’s been a joy to get to know our members, who have become dear to us already. I’m very excited to see what God does next. 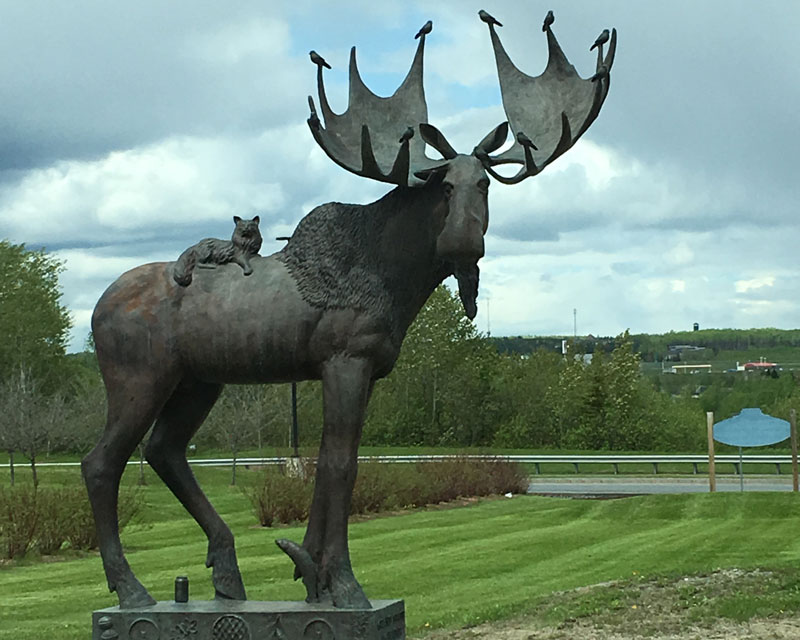 God has called our family to plant a church in Van Buren, Maine. It is a little town in Northern Maine on the Canadian border.

Stephen just returned from his trip there, and he traveled all around the Saint John Valley while he was there. It is heartbreaking to see community after community without a clear Gospel outreach. Maine is a beautiful state with breathtaking scenery, but there are so many people there lost, dying, and going to Hell. God has burdened our hearts so greatly for these people.

There is a building with a few members we will be able to start with. This is a huge blessing we are thanking God for. We are anxious to continue this work and to see how God grows the church. 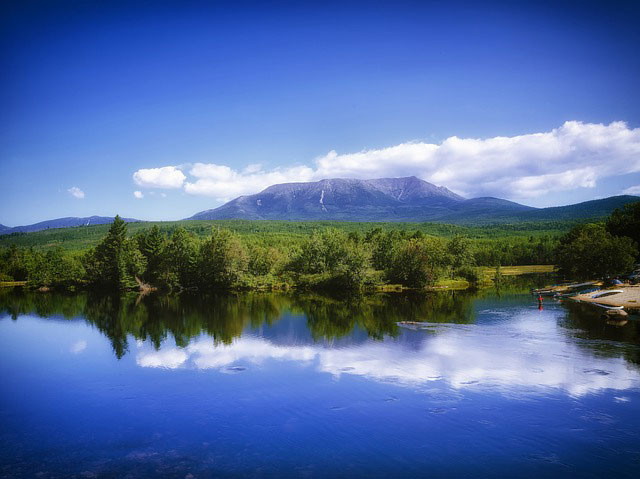 When God first started working in our hearts about Maine, I prayed that if that is here He wanted us to be, that He would give us a crushing burden for the state. I was not prepared for how God would answer that prayer.

Stephen and I have been burdened for many years about the unchurched areas of the United States. We always thought we would end up in the Midwest.

Then God put us in contact with two different church planters in Maine, and He began to burden us for the communities there with no Gospel presence.

As we spoke with these two men (in opposite parts of the state), we began praying about whether or not God would have us there. Stephen was asked to go preach, so the airfare was bought and we kept praying.

Since then, God has burdened us immensely. We are so spoiled here in South Carolina, in the Bible Belt. There literally are churches on every corner. There are hundreds of churches within a short driving distance of our home. Granted, not all are solid, Bible believing, Gospel churches, but there are many near us.

And how shall they preach, except they be sent?

Currently there are two ministries we know of that need a pastor immediately. Both are remote. Both are small. Both are in need. Stephen will be up there preaching this weekend, and learning the area. We don’t know yet if God wants us at one of those two, or if He wants us to start a church in a different town entirely. We’re really looking forward to seeing what He wants for us.